The keto (or ketogenic or ketosis) diet, according to a simple everyday Google analytic search, has skyrocketed in popularity in the last two years or so. It’s growing exponentially! But why are we just hearing about it when it has actually been used for almost a century? I mean, maybe longer, but that’s as far back as we know at this time.

To begin, we must recognize that the keto diet does, indeed, at times, get a bad rap. That’s because: 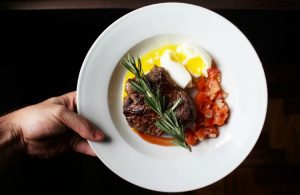 Unlike Atkins, the ketogenic diet is definitely not a fad diet. It’s imperative to understand this fact. Just go to PubMed – which is the database, our government database, for peer-reviewed scientific research. Type in ketogenic diet and search reviews… specifically, epilepsy.

TRUTH BOMB: Keto has actually been the standard of care for drug-resistant (i.e., drug-refractory) epilepsy – severe seizures – since the early 1920s.

There are definitely a number of factors as to why the keto diet has made its way into the spotlight in the last several decades. But, more than any other reason, Jim Abrahams has got to be at the top of the list.

Mr. Abrahams runs an organization called the Charlie Foundation. In the early 1990s, his son, Charlie, was stricken with seizures that could not be controlled with drugs. On his own volition, Abrahams went to the library (after exhausting all other possibilities) and discovered the ketogenic diet was used to cure patients of similar symptoms (as his son’s) in the early 1900s. Crazy, right?!

The ketogenic diet literally saved the life of his son. It’s no wonder Abrahams was seriously outraged that it (keto) wasn’t spoken of by anyone in the medical world as a viable method/treatment for his son’s epilepsy.

But, the good news: Abrahams happened to have a close friend in Oscar winner, Meryl Streep. And, guess what? Streep signed on to do a movie that would bring Charlie’s story to the masses. Obviously, keto plays a large role in the story!

While the ketogenic diet was almost exclusively used for pediatric epilepsy, these days the number of applications have seriously just exploded. Some of this data is brand new and currently emerging, but keto is proving to be effective for:

Including, genetic disorders (with persistent genetic mutation). For example, Angelman syndrome. See, even though the ketogenic diet is not correcting the genetic defect (of Angelman syndrome) when implemented, it IS silencing the seizures, and improving motor function!

As is hopefully now clear to you, dear lifers, keto has most certainly earned its current status as a legitimate and palpable force in the health world. 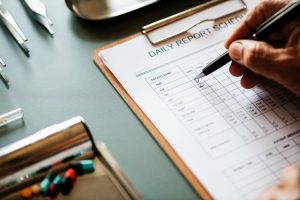 Well, no fear because I got you covered in (The Chalene Show) podcast, titled: Should You Go Keto? The History Behind the Ketogenic Diet! Honestly, it’s a can’t miss! Click Here for the all the 411!