And the biggest mistake I see people making is how they’re using those other platforms to promote what they want to promote.

Because of which, let’s begin with what not to do first.

Last year, podcasters discovered this cool app that shows the wave file of you speaking. Hence, they’d choose an image, and overlay this “animated graphic” over the cover art of the show. And then, loop a one-minute, awesome, juicy, little soundbite from the podcast with the image!

When these first became a thing, it was different and new. So, people were intrigued, thinking, “Oh, what’s this!?”

Well, that feature became overused and, in no time at all, people didn’t find it very useful or interesting anymore. Now, those posts tend to tank in terms of likes and shares.

You don’t want anything you post to turn into white noise. Your social media needs to feel like a pattern interrupt.

Many podcasters and YouTubers take a screenshot of their latest episode, and just share it in one single post.

I have a story for you. There’s this social media influencer — who shall remain nameless — who I can always tell when she’s about to do a sponsored story.

See, normally, when she’s doing her social, she casually holds her phone and talks to her peeps during whatever she’s doing.

You get the idea!

Now, I don’t know if she realizes this, but every time I see her do a hands-free recording, I’m like,

“Oh, here comes a phony promotion in something that she doesn’t even believe in.”

It’s ONLY during these particular hands-free moments when her demeanor and tone change. She’ll sit back in her chair (perfectly lit) and start to recite horribly phony dialogue about why you need to buy whatever she has decided to promote that day.

It’s imperative to be aware of your authenticity and be consistent about it!

For what to do in place of the mistakes noted above, my favorite video editing app, why influencers tend not to promote their work when on OTHER influencer’s shows and much more… listen to the Build Your Tribe episode below!

And don’t forget to subscribe to BYT for weekly social media / business hacks for everyone — from the newbie entrepreneur to full fledged CEO! 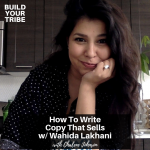 Podcast – How to Write Copy That Sells with Wahida Lakhani 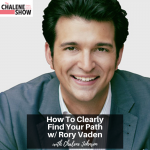 Podcast – How to Clearly Find Your Path with Rory Vaden 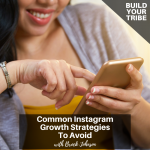 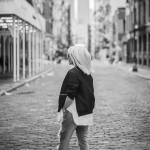 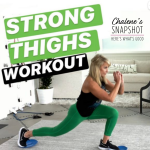