Periscope in my opinion, is the next big thing.  I think it’s great for a couple of different reasons, which I’ll dive in to in a minute. First, my disclaimer, again, I just want to put it out there that I am by no means a Periscope expert. I’m a Periscope newbie. I think most people are Periscope newbies because it’s only been available for about three months, so we’re all learning and having fun.

What we do know about social media platforms is that it’s easiest to have a big following if you were one of the first people there. My suggestion to you is to simply open up an account and get a sense of what’s going on there, so that you’re not the person four years later who’s like, “Okay, so how do I dominate on Periscope?” Why not figure it out now and be one of those early settlers?

Here me loud and clear. If you’re already killing it on Facebook and you already have great reach on YouTube, you don’t need another social media platform. As I always say, there’s millions and millions and millions of people who have yet to see yourself on the place where things are working for you, so don’t get that easily-distracted feeling that so many of us entrepreneurs have where we’re like, “Oh no, now everybody’s doing Periscope and I’ve got to do it, too.”

I just want to share with you some of my thoughts and my feelings on it and some of the things that I’ve been trying. If it sounds like something you might want to try, well, then great. I just don’t want you to feel like this is a requirement and that you’ve got to jump on Periscope if your business is going to go to the next level. Not true, but it is fun.

Here’s what I want to tell you about it. I’ve only been using it really for a couple months. I started using it, ironically, the day I was hacked. That was June 6. Then I stopped using it for weeks and then I started using it again just about maybe two weeks ago and really watching what other people were doing on there who are in our space. Entrepreneurs. Figuring out how to broadcast and share great content.

First of all, Periscope is an app that is owned by Twitter. It runs off of your Android or your iPhone. It allows you to live broadcast. That’s nothing new, right? We’ve been able to live broadcast from several different platforms, but there’s something that’s really crazy-simple about the Periscope platform. It makes it so flipping easy, number one, and number two, I think the other reason why Periscope is so addictive is because of the dang hearts. What is she talking about?

If you don’t know what Periscope is, download the app. When you go to the app store, there’s a bunch of different Periscopes. Use the one that’s associated with Twitter. It’s free. All the other ones are like, they’re knockoffs are whatever, but when in doubt, just take a look at the reviews and it’s going to be the one that has the most downloads and, of course, it’s free.

Once you download it, then it’s an app that’s on your phone that uses the front- or rear-facing camera for you to live broadcast. First of all, you want to let people know when you’re going to be broadcasting, but when you’re broadcasting, as people are tuning in and watching, their questions appear on your live screen, which is pretty cool. At the same time, so does their appreciation or love.

The way people show their appreciation or their love is by repeatedly tapping the screen. What that does is it sends up a like a stream of these beautiful-colored hearts. It’s like Polly Pockets meets Pretty Pony. It’s like beautiful hearts and maybe that’s a girl thing, although most of the people that are killing it on Periscope right now are guys. I fell in love with it because I’m like, “Ooo! Look at all the pretty hearts. Look at the pretty hearts.”

We’re going to get back to the hearts in just a second. I just think it’s one of those simple things. It’s fun. We like to tap things and we like to make things move. It’s just like the first time you ever played a video game. You’re like, “Oh wow. I can blow that thing up and the quicker I can tap this little controller, the faster it blows apart the centipede.” It’s kind of that thing, so it’s this crazy-addictive behavior, it’s really super easy, and it’s fun.

What can I tell you about it? I can tell you some of the things I did wrong in the first place, but I think probably the best way to do it is by starting at the beginning and letting you know that the first thing you want to do is set up your profile and do it the smart way. You want to write just a few sentences about yourself just as you would on your Instagram profile or your Twitter profile. Don’t forget to include your website or the domain that links back to a freemium, because we’re always trying to build our list. Then, of course, you want to put something, I don’t know, like a really great photo there in your Periscope bio so that people kind of know what they can expect when they follow you. Don’t forget to add the link to either your freemium or your own website in your bio.

Then, before you start broadcasting, watch a bunch of other people’s broadcasts. Oh heck, why don’t you just follow me and watch a few of mine? Here’s the thing, though. Broadcasts disappear after twenty-four hours. You could watch some of mine, but they might not be up there anymore, right? Who knows if on the day you listened to this I actually did a broadcast? I assume that I will have, but I’m going to give you some people to watch.

Kim Garst is on Periscope and I have to give her props because I watched a bunch of her broadcasts to figure out what I was doing wrong. I also really enjoy watching Natalie Jill. Natalie Jill Fitness is a friend of mine and she’s talked me into using Periscope and so we did a couple of broadcasts together. Chris Ducker, he’s also basically broadcasting daily. There’s so many more for me to list, but those are a couple that I want you to watch before you jump in.

The reason why you want to watch first is because you’ll get a sense of what’s annoying, how they’re kind of balancing the management between reading people’s questions and actually responding to questions. One thing you’ll notice right away is that the people who’ve I’ve just mentioned use a really catchy title before they broadcast.

My next tip to you is to write your catchy title in a note or, I’m not sure what it’s called on the Android phone, but use something on your phone to actually create a couple of different titles for your broadcast. Also in your title, you want to tell people exactly what they can expect. For example, “Q&A about Building Your List. Ten-Minute Broadcast. Live Now at Chalene Johnson,” or “Ten-Minute Strength Training Tutorial. Live Now at Chalene Johnson. Heart Contest”. You’re not just telling them what they can expect, but also there’s a little bit of a call to action there. Q&A, you’re telling them you want questions. If you’re doing a heart contest, which we’re going to talk about in just a moment, you’re telling them you want them to tap the screen.

Again, you want to create these titles before your first broadcast and it doesn’t hurt right now anyway to include emojis. I’m noticing that in your titles. The ones that stand out, I’ve seen people are putting emojis next to their name as well as in the title of their broadcast. Do you have to do that? No. It’s just like on Instagram, it helps everything stand out.

Once you do that, and once you’ve watched a few broadcasts and you figured out a title, I’m going to suggest that you try to be brief. Like under fifteen, twenty minutes in your very first Periscope and then what you’ll do is you’ll set up your phone so that the screen is facing you.

My first Periscopes were really lame because, first of all, I couldn’t figure out how to flip the camera, so the Periscope would start and you could hear my voice and you could see that the phone was moving, but you couldn’t see anything because it was aimed at the dark room or it was aimed at something irrelevant. You could just hear my voice. I’ve since learned by watching some of these so-called experts, because we’re all pretty much newbies, that you definitely want the back of your camera facing something that’s exciting or enticing or interesting.

To learn more about how to use Periscope to build a following or grow your business, check out my free Periscope is Dope Download!  It has everything you need to know about how to start, create and build your Periscope following! It also has all my tips and tricks, as well as tools and resources! This is everything I’ve learned as an early settler.  Just click below to get my free download.

Want more great tips and resources on improving balance, energy, organization, health fitness, relationships, focus, faith and happiness? Each episode of my podcast, The Chalene Show is designed to give you strategies and simple steps you can implement today to become a better, more balanced, happier version of yourself. LISTEN NOW!

Hey! and did you know Build Your Tribe has been resurrected? We had so many request to revive this show, so we brought it back. Listen Now >> https://itunes.apple.com/us/podcast/build-your-tribe

Already a devoted listener to The Chalene Show? Leave a voice message about what topics you’d like to hear on the show or your feedback on a particular episode >> LEAVE A MESSAGE. Chalene would also love for you to leave a review on iTunes! It’s kind of like her tip jar >> LEAVE A REVIEW.

Wow! you’re still reading this! Then let me take a moment to say you’re amazing 🙂 Connect with me below! 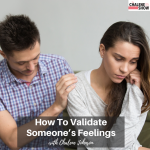 Podcast – How to Validate Someone’s Feelings 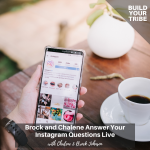 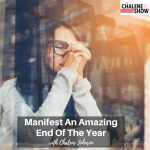 Podcast – Manifest an Amazing End of the Year 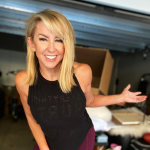 How To Find A Profitable Niche 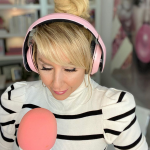 Why Anxiety Is A Good Thing 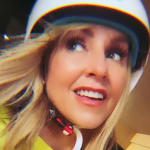