Many of the beliefs that we hold about ourselves, relate to things we’ve heard or we’re told or were messages we received as children, especially when it comes to failure. One thing that I get on my knees every day and thank God for, is that I had parents who always made us believe that we had to keep trying. We didn’t have to be perfect. But we had to keep looking for a solution and if it didn’t work out the right way the first time, we were motivated to keep coming up with solutions; knowing that we’d figure it out.

Sometimes people will say, “Boy, Chalene, you’ve never had a failure, have you?”

I’m like, well, I’ve had a million failures but I’ve never seen any of them as failures. I’m telling you this with all honesty. In my mind, I’ve never labeled them as failures. I’ve always thought because of those early experiences, that they were just that, experiences for me to learn, to improve, to tweak, to adjust my course, and figure out a better way to do something.

In your early years of development, you probably believed that you had to do things perfectly the first time. There was only one way to do it and you either got an A of an F. As an adult, you hold on to those beliefs and they stop you sometimes from trying other solutions. You simply say, “I’ve tried. I’ve done everything I can and now I’ve failed and I don’t know what to do.”  You might voice your frustrations towards someone else, but the truth is, you feel like a failure in your own head. You believe it’s your fault. You believe you couldn’t get it done. So how do you change that?

You can do it with the right kind of therapy, and I know you’re probably sick of hearing me say that, but listen, it’s the honest truth. Your parents, your environment growing up, may have done a number on you. Some early experiences may have changed the beliefs that you hold about yourself. If you don’t believe that you can do anything, then we need to rewire your brain so that you know you can do anything. That’s number one.

So what is it right now that you feel like you’ve failed at? What is it right now that you feel like, “I just didn’t do it right, I can’t make this happen, it must be me.” Write down the problem. I guarantee there’s a solution out there. Stop throwing your hands up in the air and let’s come up with alternative routes. Take out a pen and a piece of paper. Instead of trying to be right, just try to reach your solution. If it’s important enough to you, you’ve got to continue to find alternative routes.  If the first five things on your list don’t work, you haven’t failed. You’ve just eliminated five things on your way to finding the right solution. If you stop trying, then you’ve failed.

You can get to wherever you need to go.  Just be creative.  You can do anything.

Previous Post: « Take Back Control and Power in your Life with the Right Mindset
Next Post: Do you Have Strength of Character? 5 Easy Steps to Having More Willpower and Determination for Life » 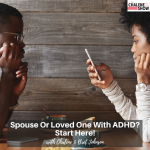 Podcast – Spouse or Loved One With ADHD? Start Here! 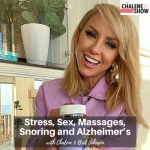 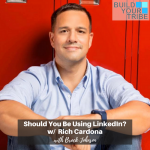 Podcast – Should You Be Using LinkedIn? with Rich Cardona 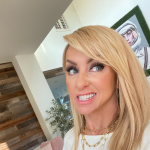 Don’t Put All Your Eggs in One Social Media Basket

Signs of a Codependent Relationship 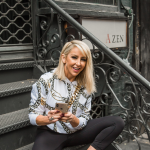