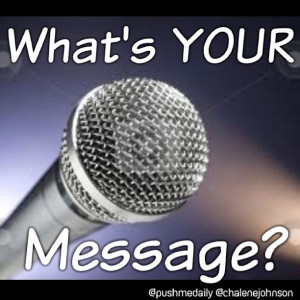 Have you ever met someone who is an effective communicator, yet they still aren’t successful in achieving what they’re going after?  Whether it’s closing the sale, sealing a deal, building a business, or even having success in personal relationship…basically, getting to “yes”?

Be an Effective Communicator: 7 Tips for Getting to YES!

Don’t beat around the bush.  Be very clear about the point you are making and the purpose of your speech from the get go.

Trust is built in many different ways.  One of the best ways is through a long-standing relationship and by being honest.  You build trust by telling people exactly what it is you’re offering them and by telling them what it’s not.  Don’t cover things up. Be honest and forthright, and not only will you gain people’s trust, but you’ll feel good about yourself, too!

Let people know what’s coming in advance.  One of the biggest reasons people feel so uncomfortable asking their audience to take the next step is because it doesn’t flow naturally.  If you are clear on your purpose and foreshadow what you will be asking them to do, you’ll get a much better response.

As much as I love shoes, I’m not talking about how cute your shoes are (this time anyway!).  What I’m saying is, put yourself in the other person’s shoes.  To get someone to yes, you must think how they’re thinking and feel how they’re feeling.  When you have empathy for your audience and can feel what they feel, you can better serve them.

I don’t believe in selling – I believe in helping people.  I can’t tell you how to sell, but I can tell you how to share things with people that will change their lives.  Explain to people why they should want to work with you.  What’s the extra incentive?  Rather than boasting or bragging, explain to them what makes you unique and how you can truly help them.  When you focus on really helping people, you don’t have to sell.

Most importantly, if you want to get people to “yes,” you must tell them what’s next!  What do they need to do now?  If you only tell people about what you’re doing, and you don’t tell them what step to take next, they won’t!  Be specific and give them exactly what action they need to take now!

If you follow these steps, not only will you be an effective communicator, but you’ll be a great communicator who moves people to action to get what you want.