Feeling a little stuck?  Maybe you’ve dreamed of achieving something great, or you’ve set a goal for yourself, but you feel like you’re not making any progress.  Whether your goal is related to weight loss, changing jobs, starting a business, getting organized, improving your marriage, being a better parent…whatever it is that has you feeling stuck, I want to share with you three tips to help you get UNSTUCK. 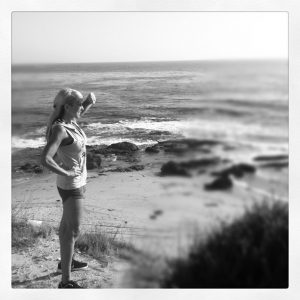 Only You Can Get Yourself Unstuck

But first, you must know that you and only you can get yourself unstuck.  You see, when we’re stuck, oftentimes, we just wallow in the fact that nothing’s changing, and we never move.  It’s like a dog chasing it’s tail.  You just keep doing the same things over and over again without making any forward motion.

More often than not, the people around you can see what you’re doing, and they’ve probably even offered you advice.  But if you’re stuck, you likely just feel as if the people you counted on abandoned you.  However, if you take a closer look, you’ll realize that some really great people in your life have given you advice, and you chose not to take it…maybe because you were too afraid to make changes at the time.

The fact of the matter is, successful people won’t stick around to give you the same advice over and over again, and you really can’t blame anyone else. So if you want to get unstuck, it’s up to you.  You can totally do it!  Here are 3 steps that will help you…

I recently heard this bible verse that really struck me: “Without advice, plans go wrong. But with wise advisors, they succeed.” (Proverbs 15:22).  It’s true!  So ask for advice from someone who’s done it before – a person who wants the best for you and will tell you the truth.

Just do it already!  I know you’re a little scared of what might happen.  But if you know it’s right, and it’s something you need to do, well then just do it!  Again, it won’t kill you!  Pretend you’re not afraid, and go for it.  Courage is doing something you’re afraid to do.  So have courage!

I know you know what I’m talking about.  What’s that one thing you know you need to do that you’ve been avoiding?  Making a phone call?  Scheduling a meeting?  Reading a book? Signing up for a class?  What is it?  It doesn’t have to be anything huge.  In fact, it might only take 10-15 minutes, but it’s step one.  Do what scares you. 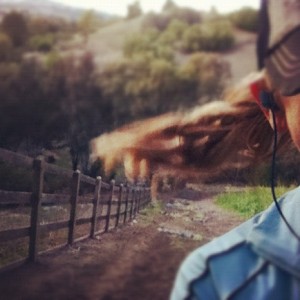 Finally, if you feel stuck, but you also know you’ve been trying as hard as you can to make changes, you probably haven’t set small enough milestones.  Set small, achievable daily measures for reaching your big goal.

What action, what baby steps can you take each day (not weekly or monthly, but daily) to keep moving forward?  You don’t have to sprint or move at 100 miles per hour.  In fact, you can just crawl, but you do need to move forward every day, and you do that by setting milestones you can see.

It’s hard to keep moving toward a goal seems so far away.  But by setting daily milestones for yourself, you’ll see that you’re making progress and will stay motivated to keep at it until you reach your big goal.

Seek out advice, conquer your fear, and set small milestones for yourself.  And as you move forward, surround yourself with successful people that want to be a part of your success. This is how you will get unstuck….and I know you will.  But only you can do the un-sticking!